Hi readers. I’m Andrew, a young Scotsman from Edinburgh, currently living over here in Spain, learning Spanish in Madrid. My Spanish language teacher, Pablo, asked me to drop down a few thoughts about what brought me to Madrid at the back end of last year and how things are working out for me since I’ve been here.

I’d originally planned to take up my place at the University of Edinburgh in October 2020, where I’d been offered a place to study History of Art, but with Covid-19 dominating our lives, and me recognizing the probability that the first year of my university course would be taught exclusively online (turns I’m right about that so far and university is for meeting people as much as studying, right?), I chose to do something completely different.

After a long, hard think along the lines of ‘what in the heck am I going to do?’ I decided to broaden my horizons and my knowledge a wee bit by travelling to Spain to learn Spanish. So, why learn Spanish? I hear you ask.  Well, I’d learned a little Spanish at school and knowing that Spanish is more widely spoken in more countries than any other language, it struck me as a bit of a no brainer in terms of possible career development in the future. Not to mention a really fun way for me to spend part of my gap year, meeting people from all over the world as well as learning Spanish. 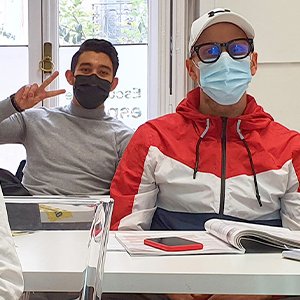 Maybe I should tell you what brought me to Madrid? I’ve lived my whole life in Edinburgh, and I love the bustle of life in a capital city, so after spending half a day on the internet looking at the literally loads of language schools in Madrid, AIL Madrid’s reviews and website impressed me the most. A brief exchange of emails and a zoom call later and I’d booked myself on to an Intensive Spanish language course that started in late November 2020.

What a great choice I made! AIL Madrid has Covid-19 covered as best can be. There are a bunch of easy to understand, simple to follow Covid-19 safety measures around the school that we follow like a religion. And it keeps us feeling safe and staying safe. Unlike the schools back home, AIL Madrid has remained open throughout the pandemic, although it’s launched a successful online Spanish courses too. But for me, I was determined to learn Spanish in the country in which it’s spoken, as learning Spanish in Madrid just has to be a better and more culturally immersive experience than studying Spanish on my laptop at home in cold, rainy Scotland. 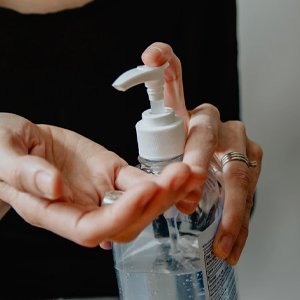 I’m not going to blather on too much here about my Spanish language course. There’s plenty of info elsewhere on the AIL Madrid website for me to waste time telling you of my classroom experiences, save to say that I’m being taught fantastically well, in small, socially distanced groups and after a couple of months I can just about make myself understood conversationally (from a starting point of practically ‘nada’) and I’m getting to grips with the lingo better and better each day. What I want to tell you about is some of the stuff I’ve been up to since coming to Madrid.

I’m staying in a shared apartment with a French guy called Pierre who’s a year or so older than me. We’re getting on like a house on fire, especially as he does all the cooking! Pierre and I booked onto the course at practically the same time and AIL Madrid helped pair us up together in a really comfortable apartment in the centre of Madrid, just a ten-minute ride on the underground from the school. Pierre speaks better Spanish than me, but the less said about that the better.

I’ve spent a fair bit of time exploring Madrid. Oh, my goodness, there’s just so much to see! So, I’ll stick to a few of the highlights. A few students from other Spanish courses at AIL Madrid and I took a tour of the Royal Palace a couple of weeks back. It’s quite the most breath-taking and ENORMOUS Palace I’ve ever seen. Twice the size of Edinburgh Castle and Buckingham Palace combined I’d guess, it has over 3,000 rooms! In the art gallery hang magical paintings by Caravaggio, Velazquez and Goya among many of the other old masters. If you’re looking for a shake to the senses,  book now your ticket to the Royal Palace, you might even get discounts up to 50%!!! Or even better, do what we did, go after 4pm on a weekday, entry is free! 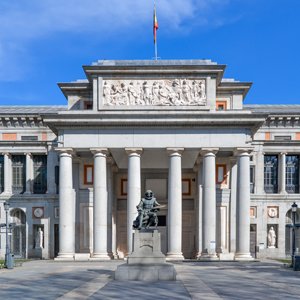 As an art history student back home, I’m keen as mustard to visit Madrid’s art galleries and museums. Believe me, there’s a lot to pack in. You’ll all have heard of the Prado I assume (we even had a virtual visit in our Spanish classes with our Spanish teacher). I could easily have spent a week taking it all in if I’d had time. No other gallery in the world can have such an incredible concentration of masterpieces, surely.  I found the Velazquez rooms and the Goya rooms in particular pretty overwhelming. It was mind blowing to be in the same room as so many paintings I’d become familiar with in. You’ll not be surprised to hear that I’m planning to go back for a second visit pretty soon.

Last weekend, I dragged a few friends along with me to visit the Reina Sofia museum which, I’m told, attracts even more visitors than the Prado. There, on the wall in room 206, hangs maybe the most famous painting of the 20th century, Picasso’s ‘Guernica’. I was so enthusiastic about Pablo Picasso’s masterpiece that my teacher Pablo motivated me to explain in class what I felt whilst observing the painting. I even explained the different elements of the art piece in Spanish. I loved that I can now even talk about my passion in Spanish!  For a bit of fun, take time to visit the Museum of Illusions too. Trust me, nothing is quite as it seems. It’ll freak you out as your brain plays tricks on your mind. It reminded me a little of the Camera Obscura and World of Illusions back in Edinburgh, but this was more of a laugh! 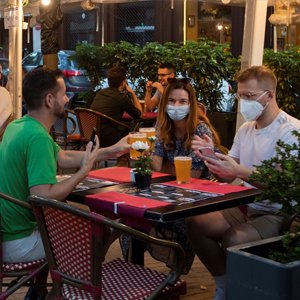 In Madrid, just about everyone sticks to the strict social distancing and mask wearing measures that have been put in place wherever you go, which I find very reassuring.

I’d like to spend more time telling you about many of the other places I’ve been and the things I’ve seen, but Pablo told me to keep this short, so I’ll have to wrap it up for now. Perhaps I’ll be asked to do this again, in which case I’ll be only too pleased to share my experiences of the wonderful city of Madrid with you!