A couple of weeks back, we discussed how some of the best Spanish films can help you learn Spanish, and this immediately sparked a lot of discussion among our students. Barely a day passes without us receiving comments from students about TV shows in Spanish they are watching on one of the many streaming platforms. And this got us thinking about the many ways in which Spanish TV series can help Spanish language students learn about Spanish speaking countries, their culture and the language.

Here’s a list of Netflix series you can watch to improve your Spanish:

Without a shadow of doubt, the show that has everyone talking at the moment is La casa de papel (Money Heist). Filmed in Madrid, the show has run on Netflix for four seasons (a fifth and final Season has been confirmed, due for release in 2021). It relates the story of a gang of robbers, under the command of their enigmatic leader, The Professor, who carry out the biggest heist in history by robbing the Royal Mint of Spain and the Bank of Spain. La Casa de Papel has become a huge international hit and received a number of awards including Best Drama Series at the 46th Emmy Awards. 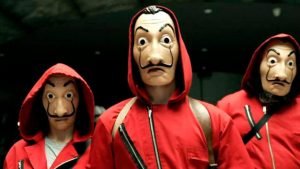 There are many reasons why this great and original show comes so highly recommended for Spanish language learners: its sophisticated narrative complexity, clever subversion of the traditional heist genre and relatable, anti-hero characters combine to make this a must-see show. Notable fans of the show include the great Stephen King, a fervent follower, who, at the end of Season 3, tweeted “Okay, Netflix, you left me hanging. When does MONEY HEIST come back? Because dig it, I’m not getting any younger here.” Since arriving on Netflix, La Casa De Papel has become the most watched international show on the network

Narcos, filmed in Colombia, is another huge Netflix success. It tells the true story of the ruthless drug over lord Pablo Escobar. As a student of Spanish, you’ll find it interesting picking your way through various Latin American Spanish accents as the DEA closes in on their quarry. This real-life crime drama is perfect fodder for intermediate level Spanish language students.

Elite is a three season (ongoing) Spanish-language Netflix teen thriller/drama, centred around a murder mystery that’s taken place at a school. It explores a variety of diverse themes and the plot uses a clever flash-forward structure as the drama unfolds. Such has been its International success that Netflix have confirmed they’ll be commissioning a fourth and fifth series. 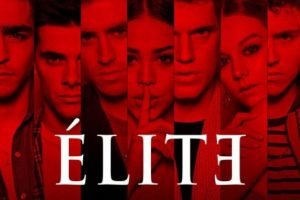 Gran Canaria is a period drama currently streaming on Netflix, with the well-earned reputation for being one of the best Spanish shows around. A kind of Spanish ‘Downton Abbey’ with murder and intrigue thrown into the mix. You’ll be gripped!

The House of Flowers is a delightfully dark Mexican comedy drama depicting a dysfunctional upper-class family that own a posh flower shop. The plot explores themes including sexuality, race and class and gets a big thumbs up from us. All episodes are streaming on Netflix.

Of course, you’re not going to become a fluent Spanish speaker just by watching a few highly acclaimed Spanish TV dramas. Learning Spanish takes time and effort. However, we have no hesitation in recommending watching Spanish TV Shows such as La Casa de Papel as a really practical aid to your Spanish studies. Above all, while you watch popular Spanish Netflix shows, you will be improving your listening skills, and this is one of the most important fundamentals to learning a new language. 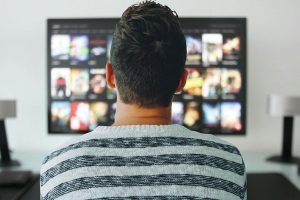 To get the most out of our selection of the best TV shows to help you learn Spanish, we strongly recommend that you refrain from using subtitles in your native language. By all means use Spanish subtitles if you wish. This can actually help you with your Spanish reading skills and improve your vocabulary and pronunciation, as you’ll be hearing common phrases that you’ll find yourself using on a daily basis.