Madrid is celebrating! And the good news is that UNESCO has just declared ‘El Paseo del Prado y El Buen Retiro de Madrid a World Heritage Site. Following this designation, Spain now has 49 cultural sites that form part of the prestigious list, and is the third-highest ranked country in terms of the number of assets designated by UNESCO. 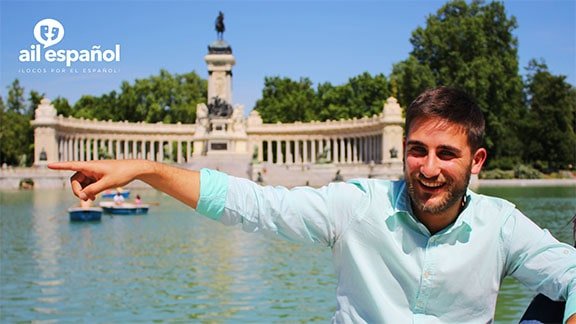 The UN’s cultural organisation said it was in recognition of the key roles both had played in the city’s history. This location is a landscape of arts and sciences and a representation of the vibrancy and history of the city itself. 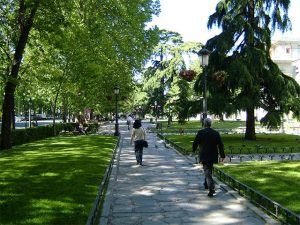 El Paseo del Prado is one of Europe’s most famous streets. The densely tree-lined wide and central avenue is a landmark for the city residents and the location of important cultural and tourist spots in the city, including the so-called Golden Triangle of Art, which encompasses three museums: the Prado Museum (with highlights such as Diego Velázquez’s Las Meninas and Francisco de Goya’s La maja vestida and La maja desnuda), the Thyssen-Bornemisza Museum (housing a collection that spans eight centuries of European painting), and the Reina Sofia Museum (where Pablo Picasso’s Guernica hangs, among a collection of 20th-century art). In the vicinity are located the headquarters of the Real Academia Española (the Spanish language academy), the Bolsa de Madrid (the city’s stock exchange), and the Congreso de los Diputados (the national congress). 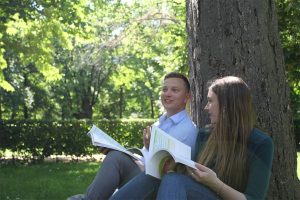 The Paseo del Prado boulevard includes several monuments and enclosures that are of historical and artistic interest, erected in the eighteenth century for the Hall of Prado urban project. Numerous ornamental and landscaping grounds were constructed for this project. The highlights of this project include the Villanueva Building (the Prado Museum’s main building), the Royal Botanical Gardens and three sculptural water fountains designed by Ventura Rodriguez, depicting Neptune, Cibeles and Apollo.

We have already touched on the Retiro Park on earlier blogs discussing the most iconic parks in Madrid, but can never get enough when talking about this green refuge of 118 hectares in the center of the city of Madrid. The perfect place to go for a picnic or a relaxing stroll, away from the hustle and bustle of city life.

Retiro Park is the best-known park in Madrid. Created as a royal retreat during the reign of King Philip IV in the 17th century, nowadays the park is fully open to the public and has become a hugely popular attraction. Wide paved paths, meticulously cared for lawns, the dazzling Crystal Palace that frequently houses art exhibitions, canopies of trees under which revellers can seek sanctuary from the heat of the sun, and rentable rowboats on the huge man made lake make a visit to Retiro a truly unforgettable experience.

Madrid is synonymous with so many wonderful things, but we feel especially enthusiastic about this announcement. All of our Madrid schools are located really close to this area. Our teacher, staff and students get to spend a lot of time in the Retiro Park on a daily basis.

There are many reasons to be optimistic in Madrid once again! With a mixture of pride and excitement, Madrid promises the very warmest of welcomes as so many people from all around the world are flooding to enjoy the multiple wonders and experiences this great city has to offer. 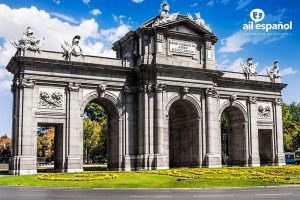 Don’t miss the opportunity to explore the invigorating, exciting, and cosmopolitan vibe in the World Capital of the Spanish language.