Hi, how are you? I haven’t written the blog for a while but I have left it in the best hands: Lucas (who has come to our school to study Spanish in Madrid) or my partner Dora, who is responsible for the Spanish courses for school groups in Spain. The truth is that I missed writing and having that moment of closeness with all of you. 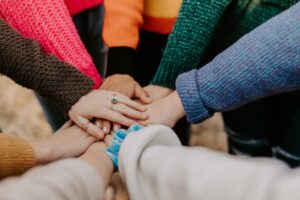 this occasion, I could not be happier to write a new entry and, not for less, since today is celebrated in many parts of the world a very special date. As you probably know, today is March 8 and is celebrated as International Women’s Day.

Today is March 8 and International Women’s Day is celebrated. That’s why I decided to write in the blog about this special day and give visibility to feminism.

If you want to know a little more about this date and its emergence, continue reading because, without a doubt, it is a very interesting topic.

Why does International Women’s Day take place on March 8?

The background of the celebration of March 8 has a very sad history. It all goes back to the United States in the year 1857: where thousands of courageous women textile workers demonstrated under the slogan “bread and roses” to claim their labor rights and abolish child labor.

Undoubtedly, this first demonstration marked a turning point. Women felt stronger and more empowered than ever, and their struggle had only just begun. As a result, their voices were raised more and more frequently. The streets were the perfect stage to cry out against injustice and to dignify their working conditions. 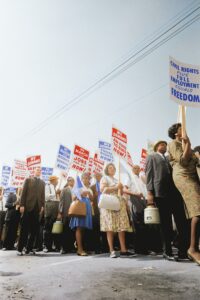 As was to be expected, this women’s revolution was not as well received and welcomed by those in power, but the women workers did not cease their demands. On March 25, 1911, a fire broke out in the factory where the demonstrators were working and a total of 123 women and 23 men died. This event is considered the deadliest industrial disaster in history.

Emilia Pardo Bazán: Born in 1851, she was a woman ahead of her time. She was the director and financed the “Biblioteca de la mujer” collection where she spoke of equality and encouraged all women to read her works so that feminist and progressive ideas would permeate them.

Clara Campoamor: this activist was a woman of arms and became, at the age of 36, one of the few women lawyers of the time. She had a great social impact and was the first person to ask for women’s suffrage in Spain.

Cristina Fallarás: although a great deal of progress has been made today, feminism is a long-distance race that is not over yet. The clear example of this is journalist Cristina Fallarás, winner of the María Luz Morales Feminist Journalism Award and current women’s rights activist.

Is the feminist struggle over? 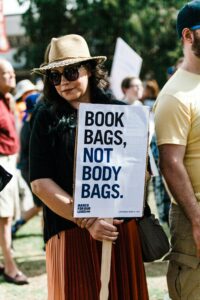 No, I believe that feminism is a long-distance race where there is still a long way to go. Even so, more and more, new generations are growing up in a situation of equality between men and women and the feminine and masculine roles are disappearing, -fortunately- as the years pass by.

Society is evolving and so is the feminist struggle. If we look back to 1857 it seems that we have come a long way. However, we all know a woman who has suffered sexual discrimination or has been missed just because she is a woman.

I hope you liked this post. I know it is a different content from what we usually do because the theme is not focused on learning Spanish or doing an intensive Spanish course in Madrid; this change of register is because the International Women’s Day deserves all the possible diffusion.

See you next time!